This electric-drive conversion of a 2003 Suzuki Savage is the second ground-up Night Shift Bikes custom build. After I bought the bike, I broke it down and sold the 650 thumper motor, transmission and combustion parts for what I spent on the bike. I sent the rear swing arm off to the team at Enertrac, who laced an 18-inch rim to one of their custom brushless DC motors. It delivers 13 HP continuously and peaks to 40 HP.

Body work embraces the right angles of the components and the square-tubing I uncovered on the original bike. I did lots of tab cleansing and made a hoop for the custom seat from Karl Vosloh. Karl used some scraps of foam left over from JT Nesbitt’s Bienville Legacy; JT and a bunch of other New Orleans builders have helped me throughout the build.

Component upgrades include motogadget’s m-unit, m-lock wireless key and m-button to keep things clean; LED lighting; rear disc; custom charge and data ports; and toggle switches from Radio Shack. Rearsets, shocks, front fork drop hardware and triple tree hardware are from RYCA – a shout out to those guys; if you have some wrenches, they’ve taken away your excuse for not building your own bike. 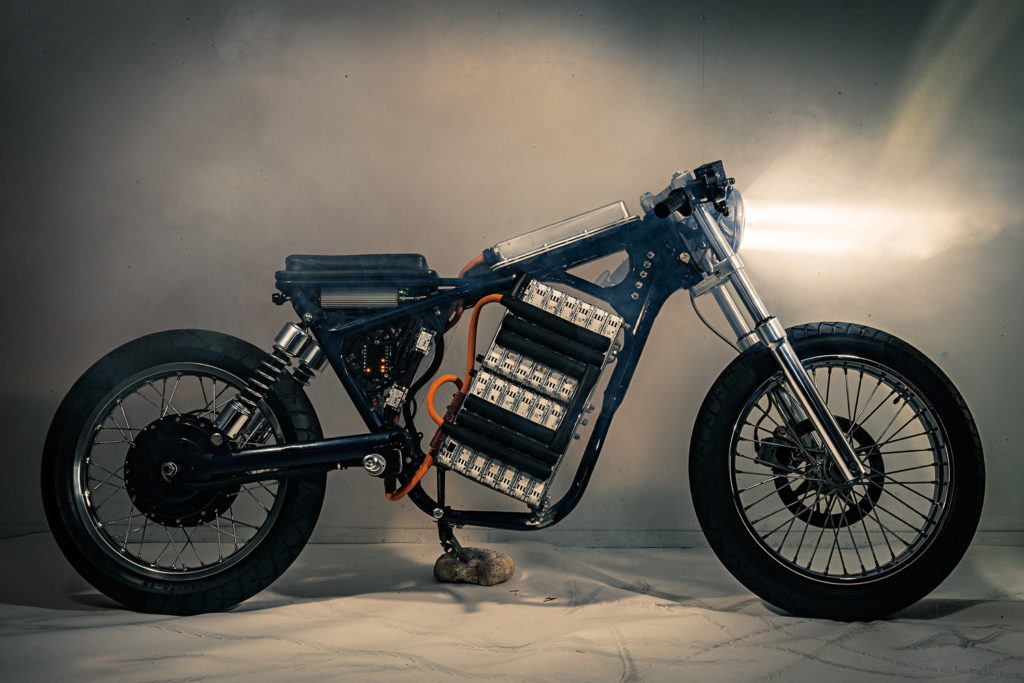 This is the second battery pack for this bike. I fried the first one and upgraded to the incredibly sturdy cells that Nissan uses in their Leaf electric cars. This new pack is more durable, dumps more current for quicker acceleration, and floats in the frame in a more interesting way than the first pack. 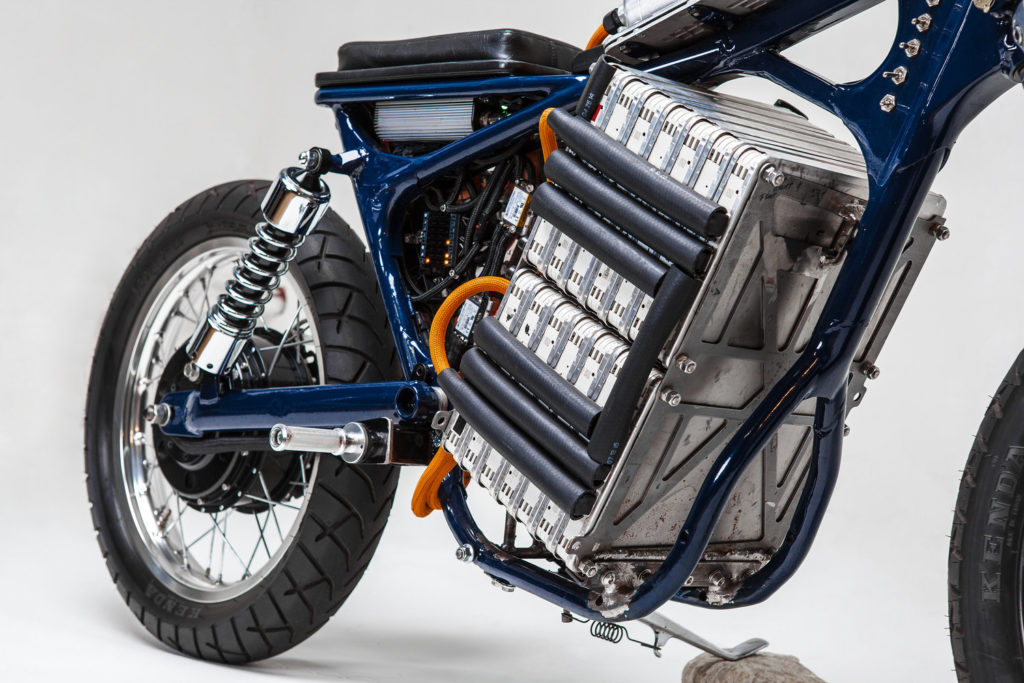 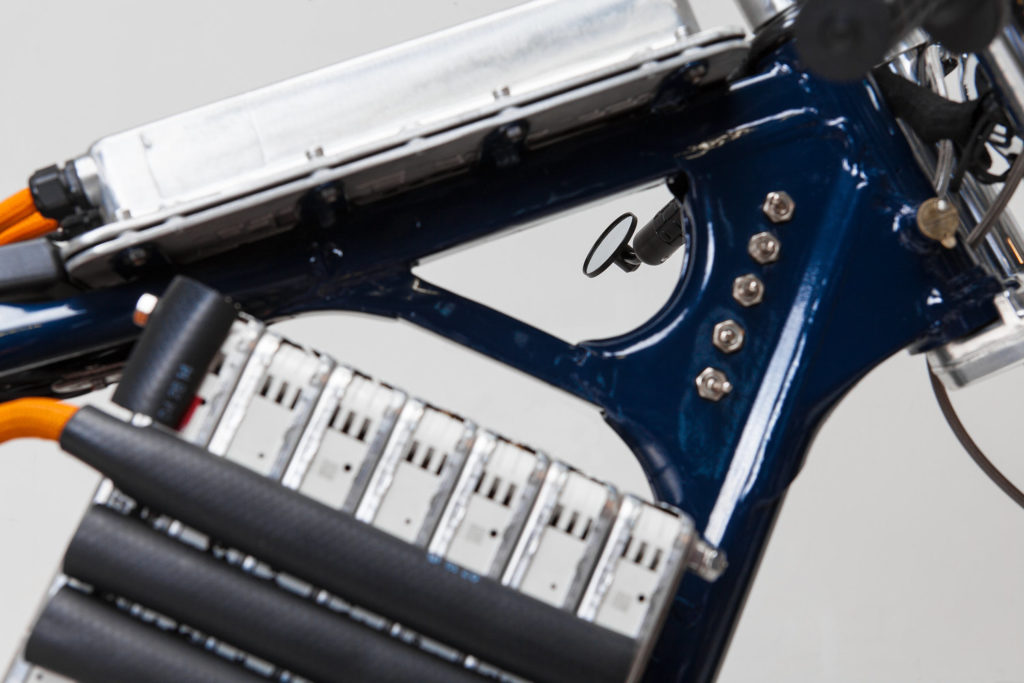 We are working on a new build now, applying all we learned on this one! Keep up with that one on instagram at @nightshiftbikes

What do you think?

Browse and manage your votes from your Member Profile Page 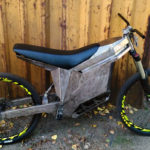 Back to Top
Close Create

This website uses cookies to improve your experience while you navigate through the website. Out of these cookies, the cookies that are categorized as necessary are stored on your browser as they are essential for the working of basic functionalities of the website. We also use third-party cookies that help us analyze and understand how you use this website. These cookies will be stored in your browser only with your consent. You also have the option to opt-out of these cookies. But opting out of some of these cookies may have an effect on your browsing experience.
Necessary Always Enabled
Necessary cookies are absolutely essential for the website to function properly. This category only includes cookies that ensures basic functionalities and security features of the website. These cookies do not store any personal information.
Non-necessary
Any cookies that may not be particularly necessary for the website to function and is used specifically to collect user personal data via analytics, ads, other embedded contents are termed as non-necessary cookies. It is mandatory to procure user consent prior to running these cookies on your website.
SAVE & ACCEPT

Your password reset link appears to be invalid or expired.

To use social login you have to agree with the storage and handling of your data by this website.Privacy and Terms